After a great kickoff episode with our Co-founder Dan Monaghan, we're happy to be back with the second instalment of the WSI Digital Insider Podcast Series!

During our talk with Dan, we discussed big picture digital marketing strategies to give you a broad introduction to the kinds of things we think you guys are interested in hearing about (because really, it's all about how we can help you, the listener). Now that we're on the same page, it's time to take a deep dive!

For our first foray into the nitty-gritty of digital marketing, we're taking a long look at online reputation management and what businesses can and should be doing to influence how they're perceived by potential customers. To accurately discuss online reputation management, we knew we needed a true pioneer of the industry, so we're extremely excited to have Michael Fertik on the show!

Michael is Founder and CEO of Reputation.com, a brand that over a million businesses and individuals trust to monitor their online representation. In addition, Michael is the New York Times bestselling author of The Reputation Economy, a book that teaches us that our reputations are our most valuable asset. Needless to say, when it comes to understanding how and why a good reputation is vital to success, Michael Fertik is the first expert that comes to mind.

Awesome stuff, Michael! Those were some very succinct responses (especially the one about wrestling with a pig!) to some tough but important questions. If there's one huge takeaway that we gleaned from Michael, it's that even if people hear about you on the radio or by word-of-mouth, the first thing they're going to do is find out what the Internet thinks about you. And if the Internet doesn't like you, even the most glowing word-of-mouth referral won't get you the business. We've all run into brands that claim they're strictly 'offline' or 'word-of-mouth' - but how much longer is that really true? It's a great response the next time you hear somebody say they don't need digital marketing or online reputation management.

Here are some of the other questions we asked Michael and a little summary of his answers:

When soliciting reviews from customers, businesses open themselves up to negative feedback in addition to the positive; is there any direction you can provide for dealign with negative feedback?

You probably all laughed when Michael quipped, "If you wrestle with a pig, you both get covered in mud - and that's not good for anyone." But it's true. As a business, you can't make everybody happy, so there's always going to be some form of negative criticism. If you take the constructive criticism to heart and let the baseless stuff go unsubstantiated, you're doing it right. Besides that, not very many "bad" companies ask for customer feedback anyways, so if you're doing the asking, most of the feedback will be positive!

How has online reputation management for businesses evolved over time?

We loved Michael's answer to this question (mainly because he used the word optimal, which is a fantastic word). As with anything in the digital world (and life itself) the answer to most questions is...it depends. When it comes to online reputation management, however, Michael's secret stuff (Space Jam, anyone?) is different for everybody. In certain verticals, having an active Twitter presence is absolutely vital if you want to foster a winning reputation; in other verticals, one tweet a week might suffice. Online reputation management has evolved to the point where the optimal strategy depends entirely on your business (and that's a good thing because it maximizes efficiency).

What's the best way to solicit customer advocates to share their story?

The answer to this question might seem simple: the best way to collect feedback is to ask for it during or immediately after the sales experience. Michael specifically says that asking customers to complete a survey when they return home is extremely low percentage, yet that's still far and away the most common way businesses ask for feedback. In fact, it's becoming more common; in the last month, I've been given a receipt accompanied by a pitch to have me complete on online survey at least twice. Spoiler alert: I didn't give either survey a chance.

It's great that these businesses asked me for feedback, but asking is only part of the equation. A little kiosk station and an iPad are proven to be much more effective than an after-the-fact survey, and it doesn't even take more effort to pull off - it's just a more optimal way of asking for feedback.

That about does it for the second episode of WSI's digital marketing podcast. A big thank you to Michael Fertik for joining us this month - we hope you enjoyed picking his brain as much as we did! If you have any feedback, let us know on Twitter or Facebook, and don't forget to subscribe below!

A Guide to Getting Online: Part One - Business Strategy

If you are considering getting started with eCommerce during COVID-19, this first part of our three-part blog series will help you get started. 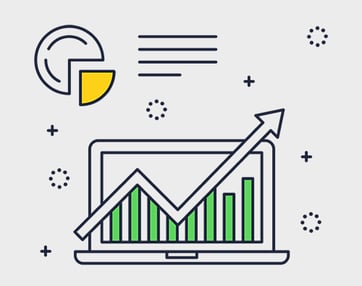 A review of SMART goals, plus the recording from our Ahead of the Curve webinar on How to Track the Insights that Matter Most to Your Business. 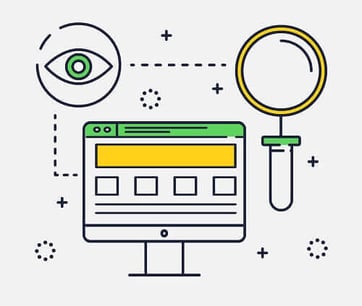 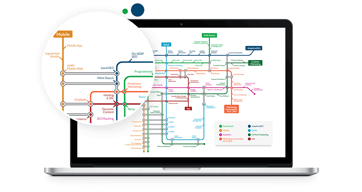 A large-scale digital marketing strategy is a complex undertaking. These 6 Elements are Crucial to a Successful Digital Marketing Strategy.