I have a friend who, for lack of a better way to describe it, often resists technology. For at least five years, he refused to get a smartphone. Instead, he lagged well behind the societal curve by clinging to his flip-phone. Don’t get me wrong, flip-phones were great and played an important role in the evolution of the cell phone. But there’s something fascinating about shunning a better and more efficient technology.

Given how movies like Her and shows like Black Mirror depict the dangerous impact technology has on our society – or that most of us spend more time than we’d like with a screen in front of our face – it's possible my friend had the right idea. Worrying about the singularity is a topic for another day, though.

With the big picture in mind, the positives of technology currently far outweigh the negatives.

The pros of advancements in technology are efficiency, cost-reduction and usability.

The cons, at least when we’re talking about components of everyday life? This is more “reasons not to embrace technology” than cons, but fear of change and the unknown are at the top of the list.

It’s like waiting in line at a normal checkout at the grocery store when the self-checkout line is empty. Once questions such as, “What if I don’t do it right and have to call somebody over?” enter the mind, a cashier is the only option.

Anything we’ve never done before, even something simple, is often daunting. So if we’re given the choice, we often don’t attempt new things.

For many businesses, entering the digital world required clearing that psychological hurdle. Once they took the plunge and discovered the true speed at which things evolve – frighteningly fast – they slammed the door on trying other new things within the world. 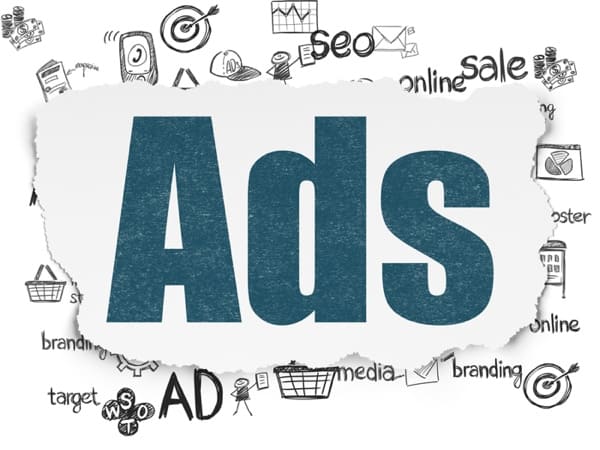 If you’ve had a bad experience with digital marketing thus far, we’re here to play devil’s advocate and explain a few of the reasons why social ads should be part of your 2017 marketing strategy.

Who knows, they may be the unknown that helps you overcome your fear of the unknown!

If there’s one thing new technology doesn’t have on its side, it’s cost; new and advanced isn’t usually cheaper. But social ads don’t have this problem, especially in comparison to some of the older tactics businesses still use.

We’ve written about the relative bargain of social ads before, but in a recent survey, over 50% of marketers rated social ads as a “very low” or “somewhat low” cost-per-lead marketing channel. On the other hand, nearly 60% of the same respondents said telemarketing is a “somewhat high” to “very high” cost-per-lead channel, and that number rose to almost 80% for print, radio and TV advertising.

Back to my technology resistant friend for a second: maybe the reason he held onto his flip-phone is he didn’t want to pony up a significant amount of money to replace a functioning device. Logically, this makes sense. My friend now has a smartphone, so he came around. He just needed the right reason.

With social ads, the right reason is they’re one of the cheapest forms of paid advertising and they work. Logically, there’s no reason not to include social ads in your 2017 marketing strategy.

They’re Part of the Fabric of Social Media Marketing

By now, most businesses have a social media presence; some engage with potential customers and others haven’t done more than claimed profiles and posted once or twice. If your business is in the former category and not using social ads to enhance your social media strategy, you’re making a mistake.

Social ads, by their form and function, are native ads, which means they look and feel like a natural part of their social network. Sure, if you know what to look for, social ads are obvious, but many people don’t. To this group of people, social ads seem tailored for them. Like the hyper-personalized ads in futuristic movies, social ads are targeted at small groups of people who meet a very specific set of data.

There is plenty of data to suggest people don’t like ads or choose to ignore them when possible. Is there anybody that doesn’t skip the ad before a YouTube video when given the choice?

Yet, if you can make your ads part of a platform that you’re already using and target them at an exact group of people who you know are looking for your products and services...then why aren’t you?

At one time or another, we’ve all been told not to do something because everybody else is doing it. There’s usually a colorful example involving a cliff – I’m sure you know the one. In this post, that old adage doesn’t ring true.

When it comes to social ads, the rate at which they’re growing suggests that indeed, everybody is doing it. And in this particular case, you should too.

Projections for 2017 show a 26.3% global increase on spending for social media ads. A second prediction states social ad spending will amount to 16% of all digital ad spending globally.

That’s a lot of dollars and a huge percentage of digital spend as a whole going to social ads. In short, if social ads are boosting the marketing efforts of such a large number of businesses, it’s hard to doubt they’ll have a positive impact for your business, too.

The good news is you’re not alone in being tentative about jumping into the world of social media ads. What that means is the moment you decide social media ads should be part of your 2017 marketing strategy, you’ll jump ahead of countless businesses who are still standing in that cashier line as they look longingly at the empty self-checkout lane. 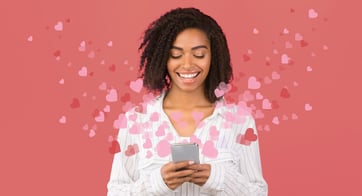 You want an influencer with an engaged audience for your brand. Learn how to find the right social media influencer for your company. Read more here. 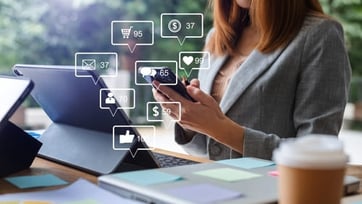 5 Steps to a Successful Branding Strategy on Social Media

Many businesses are doing social wrong because they don't have a well-founded strategy. Here, we share all the key steps to build your social media communication strategy and get better results! 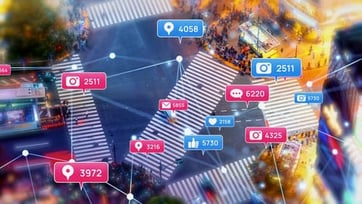 Why LinkedIn Ads Are Important

LinkedIn Ads are an excellent way to advertise your business to a professional audience. To find out why you should use LinkedIn ads, click here now. 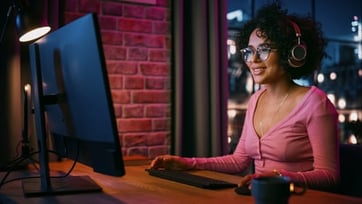 How to Get Started with TikTok Ads in 2022

Digital marketers can no longer ignore TikTok. Read this advice to create a successful TikTok marketing strategy this year.