As much as we want to believe we’re the best at what we do, that’s usually not the case. And I’m not being negative; there’s almost always somebody, somewhere, who has a better product or service than you do. Or at the very least, is working hard to build, create or invent a cheaper, more efficient alternative to whatever you offer. I’m sure there are people who would call this view cynical, but the reality is it’s simply a smart way to run a business.

The point is, even if your product or service is the best right now, there’s no guarantee it’ll stay that way. Likewise, your brand might be running the best marketing campaigns since sliced bread; multiple pages ranking number one on Google for varying keywords, tons of social media engagement and conversion rates you have to see to believe. But your competitors are out there trying to do better. And not just that, they’re specifically analyzing what you’re doing and devising ways to improve on it. You better believe the business world is that tough or else you don’t stand a chance.

It’s not all doom and gloom though, because that’s not what we’re about. We want to help you do better marketing, and in this particular case, there’s an opportunity to learn by comparing yourself to your most successful competitors. The formula is simple: what you currently do + what “they” do better = the best marketing strategy data can buy.

Now then, onward to the comparisons! There are many tools you can use to compare your marketing efforts to a competitor’s: Google Analytics, SEMrush, gShift, Moz...all of these tools will provide useful comparisons. For the purposes of this blog post, I’m going to use BuzzSumo - a tool I love - to compare our blog to one of our Partners’ blogs, none other than industry giant, HubSpot. Here’s what we learned:

The Bird's Eye View: Discover How You're Different

So, we start at the beginning, with a general overview of content data from our blog and HubSpot's marketing blog:

The first thing you'll notice is that HubSpot pushes out a lot more content than we do. But that's not surprising; they're a different kind of company, and much bigger. We operate in the same industry, yes, and we're competing for industry authority in certain spaces, but they've got a wider audience and as such, need to create more content. In any comparison to a competitor, there are certain things you should expect to find and for us, this was one of them.

Even though we expected to be dwarfed by the sheer amount of content HubSpot churns out, it's still healthy for us to ask questions. Should we be creating more content? Is our current content output performing well?  How would we ramp things up? We're excited by the fact we consistently, because that's a significant increase from two years ago. Given that HubSpot is having success  with creating such a large amount of content, it seems likely we should consider it. We haven't even really started yet and already have some information we can use!

Take A Hint From Your Network

Next up is a side-by-side view of the two blogs' shares by social network:

The interesting thing here is that the WSI blog has a more proportional share data than HubSpot. A significantly higher percentage of HubSpot's blog shares come from Twitter, with easily more than double their next most popular channel. By contrast, the number of shares the WSI blog receives from LinkedIn, Twitter and Facebook is fairly even.

My second observation is these two blogs have slightly different social audiences. As mentioned, HubSpot sees the most shares of their blog content on Twitter, while we see the most shares on LinkedIn. This seems to present an opportunity, since we might have a more valuable audience on LinkedIn than HubSpot does. Any time you spot a chance to outperform a big competitor, you take it. The takeaway from this chart is that we should have a conversation about putting even more effort and energy into our LinkedIn presence.

You'll have a hard time convincing the droves of people who believe, "Nobody reads on the Internet!" but shorter blog posts aren't better than longer, more in depth posts. At least in terms of gaining attention and generating links and shares, and that is the business we're in, right? We've discussed similar chart and results before, but here is the most recent data on the two blogs' shares by content length:

What I immediately see in this data is if we do decide to go ahead with producing more content, it should be more of the longer variety (perhaps even longer than anything we currently have). From our data, you can see that 1000-2000 word posts outperform posts that are under 100 words; meanwhile, HubSpot's data clearly indicates that the longer a post is, the better it performs. Of course, it's assumed that you can't just publish 2500 words of drivel and expect your share rates to go up. But if we were to posts longer articles of similar quality to our current content, it seems like we could reasonably expect similar result's to HubSpot.

To cap things off, I thought it'd be fun to look at the most popular post on each blog. For HubSpot, it was a post called 20 Facebook, Twitter, LinkedIn & Pinterest Features You Didn't Know Existed (But Totally Should), which, with that title, is pretty self explanatory. It's a good post with some great tips, but I don't see what makes it stand out so much from their other posts (although the post only received a little more than their average number of shares per post, so they are consistent across the board).

In terms of the WSI blog, our most popular post was Everything You Need To Know About Google's Mobile Update. So for us, our most successful post was a feature on perhaps the biggest digital marketing news of the year, which we're  very happy about. It means people are looking at us as an authority and look to the WSI network for updates and advice, which are two of the main goals of the blog.

When it's all said and done, taking a hard look at how you stack up against one of your main competitors - or even just a company that you want to model yourself after - is going to help you make your company better. You'll stumble upon new ideas, become motivated by the competition and ultimately, have a more realistic understanding of what you need to do to succeed both now and in the future.

A review of SMART goals, plus the recording from our Ahead of the Curve webinar on How to Track the Insights that Matter Most to Your Business. 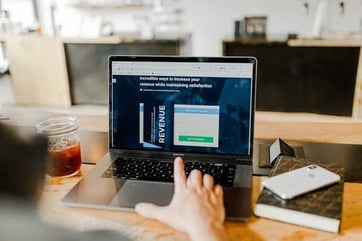 A/B testing can take your marketing efforts to the next level and help customers move more effectively through the sales and marketing funnel. 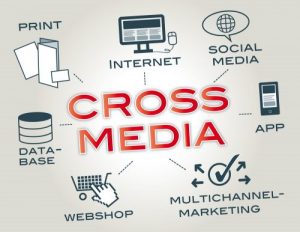 Marketers need to track a customer's journey across devices to ensure the success of their campaigns. Learn more about cross-media strategy here.

It incorporates the alignment of technology, data, metrics and organizational structure around a single view of the customer across all media touchpoints.